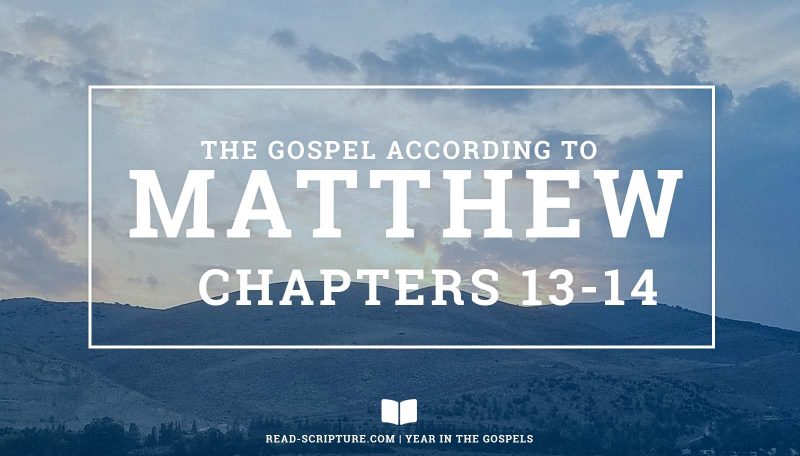 24 He presented them with another parable: “The kingdom of heaven is like a person who sowed good seed in his field. 25 But while everyone was sleeping, an enemy came and sowed darnel among the wheat and went away. 26 When the plants sprouted and produced grain, then the darnel also appeared. 27 So the slaves of the landowner came and said to him, ‘Sir, didn’t you sow good seed in your field? Then where did the darnel come from?’ 28 He said, ‘An enemy has done this!’ So the slaves replied, ‘Do you want us to go and gather it?’ 29 But he said, ‘No, since in gathering the darnel you may uproot the wheat along with it. 30 Let both grow together until the harvest. At harvest time I will tell the reapers, “First collect the darnel and tie it in bundles to be burned, but then gather the wheat into my barn.”’”

31 He gave them another parable: “The kingdom of heaven is like a mustard seed that a man took and sowed in his field. 32 It is the smallest of all the seeds, but when it has grown it is the greatest garden plant and becomes a tree, so that the wild birds come and nest in its branches.”

33 He told them another parable: “The kingdom of heaven is like yeast that a woman took and mixed with three measures of flour until all the dough had risen.”

34 Jesus spoke all these things in parables to the crowds; he did not speak to them without a parable. 35 This fulfilled what was spoken by the prophet:

“I will open my mouth in parables,
I will announce what has been hidden from the foundation of the world.”