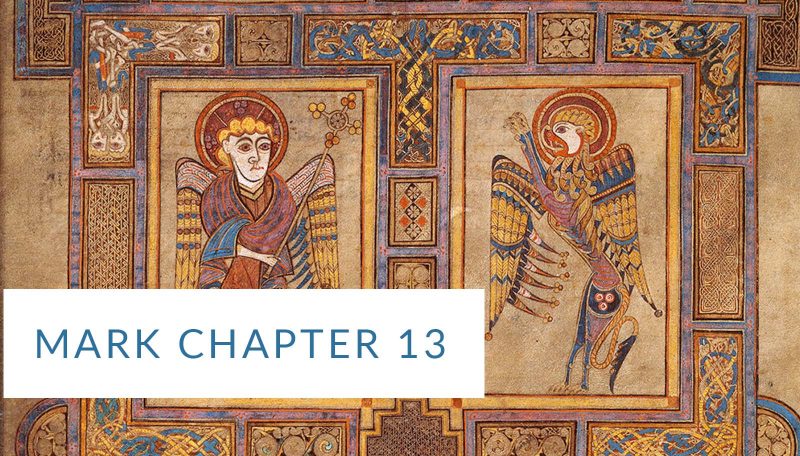 This week’s readings are all from Mark chapter 14. Click here to see a full listing of each day’s reading and the full chapter of Mark 14. Full readings of each day’s smaller segments of the readings will be posted on this site during the week.

53 Then they led Jesus to the high priest, and all the chief priests and elders and experts in the law came together. 54 And Peter had followed him from a distance, up to the high priest’s courtyard. He was sitting with the guards and warming himself by the fire. 55 The chief priests and the whole Sanhedrin were looking for evidence against Jesus so that they could put him to death, but they did not find anything. 56 Many gave false testimony against him, but their testimony did not agree. 57 Some stood up and gave this false testimony against him: 58 “We heard him say, ‘I will destroy this temple made with hands and in three days build another not made with hands.’” 59 Yet even on this point their testimony did not agree. 60 Then the high priest stood up before them and asked Jesus, “Have you no answer? What is this that they are testifying against you?” 61 But he was silent and did not answer. Again the high priest questioned him, “Are you the Christ, the Son of the Blessed One?” 62 “I am,” said Jesus, “and you will see the Son of Man sitting at the right hand of the Power and coming with the clouds of heaven.” 63 Then the high priest tore his clothes and said, “Why do we still need witnesses? 64 You have heard the blasphemy! What is your verdict?” They all condemned him as deserving death. 65 Then some began to spit on him, and to blindfold him, and to strike him with their fists, saying, “Prophesy!” The guards also took him and beat him.

66 Now while Peter was below in the courtyard, one of the high priest’s slave girls came by. 67 When she saw Peter warming himself, she looked directly at him and said, “You also were with that Nazarene, Jesus.” 68 But he denied it: “I don’t even understand what you’re talking about!” Then he went out to the gateway, and a rooster crowed. 69 When the slave girl saw him, she began again to say to the bystanders, “This man is one of them.” 70 But he denied it again. A short time later the bystanders again said to Peter, “You must be one of them, because you are also a Galilean.” 71 Then he began to curse, and he swore with an oath, “I do not know this man you are talking about!” 72 Immediately a rooster crowed a second time. Then Peter remembered what Jesus had said to him: “Before a rooster crows twice, you will deny me three times.” And he broke down and wept.