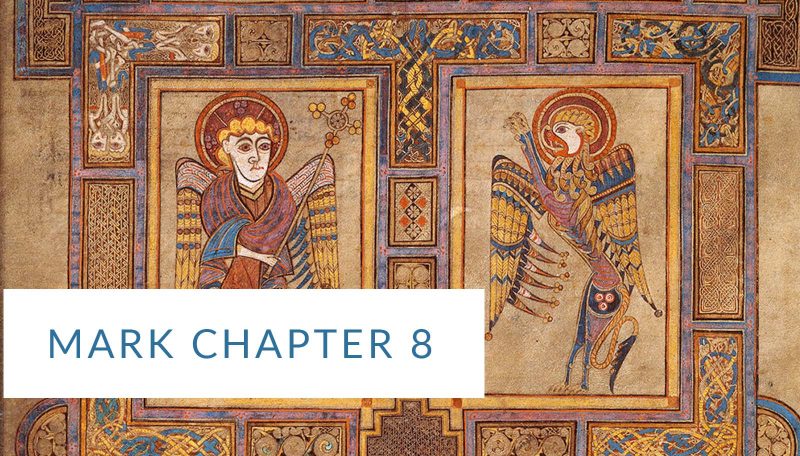 This week’s readings are all from Mark chapters 8-9. Each day’s segments of the readings will be posted on this site during the week.

This week’s readings are all from Mark chapters 8-9. Click here to see the full reading and a list of each day’s readings. Each day’s segments of the readings will be posted on this site during the week.

Then they came to Bethsaida. They brought a blind man to Jesus and asked him to touch him. He took the blind man by the hand and brought him outside of the village. Then he spit on his eyes, placed his hands on his eyes and asked, “Do you see anything?” Regaining his sight he said, “I see people, but they look like trees walking.” Then Jesus placed his hands on the man’s eyes again. And he opened his eyes, his sight was restored, and he saw everything clearly. Jesus sent him home, saying, “Do not even go into the village.”

Then Jesus and his disciples went to the villages of Caesarea Philippi. On the way he asked his disciples, “Who do people say that I am?” They said, “John the Baptist, others say Elijah, and still others, one of the prophets.” He asked them, “But who do you say that I am?” Peter answered him, “You are the Christ.” Then he warned them not to tell anyone about him. (Mark 8.14–30 NET)