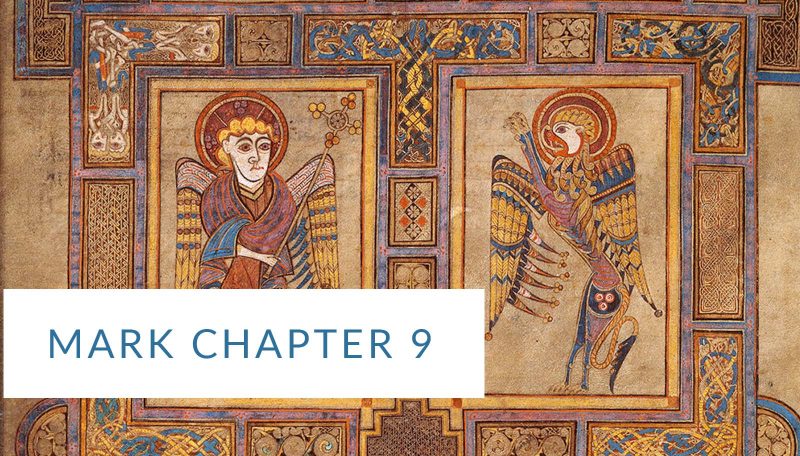 This week’s readings are all from Mark chapters 8-9. Each day’s segments of the readings will be posted on this site during the week.

This week’s readings are all from Mark chapters 8-9. Click here to see the full reading and a list of each day’s readings. Each day’s segments of the readings will be posted on this site during the week.

Then, after he went into the house, his disciples asked him privately, “Why couldn’t we cast it out?” He told them, “This kind can come out only by prayer.”

They went out from there and passed through Galilee. But Jesus did not want anyone to know, for he was teaching his disciples and telling them, “The Son of Man will be betrayed into the hands of men. They will kill him, and after three days he will rise.” But they did not understand this statement and were afraid to ask him.

Then they came to Capernaum. After Jesus was inside the house he asked them, “What were you discussing on the way?” But they were silent, for on the way they had argued with one another about who was the greatest. After he sat down, he called the twelve and said to them, “If anyone wants to be first, he must be last of all and servant of all.” He took a little child and had him stand among them. Taking him in his arms, he said to them, “Whoever welcomes one of these little children in my name welcomes me, and whoever welcomes me does not welcome me but the one who sent me.”

John said to him, “Teacher, we saw someone casting out demons in your name, and we tried to stop him because he was not following us.” But Jesus said, “Do not stop him, because no one who does a miracle in my name will be able soon afterward to say anything bad about me. For whoever is not against us is for us. For I tell you the truth, whoever gives you a cup of water because you bear Christ’s name will never lose his reward.

“If anyone causes one of these little ones who believe in me to sin, it would be better for him to have a huge millstone tied around his neck and to be thrown into the sea. If your hand causes you to sin, cut it off! It is better for you to enter into life crippled than to have two hands and go into hell, to the unquenchable fire. (Mark 9.28–43 NET)

If your foot causes you to sin, cut it off! It is better to enter life lame than to have two feet and be thrown into hell. (Mark 9.45 NET)

If your eye causes you to sin, tear it out! It is better to enter into the kingdom of God with one eye than to have two eyes and be thrown into hell, where their worm never dies and the fire is never quenched. Everyone will be salted with fire. Salt is good, but if it loses its saltiness, how can you make it salty again? Have salt in yourselves, and be at peace with each other.” (Mark 9.47–50 NET)