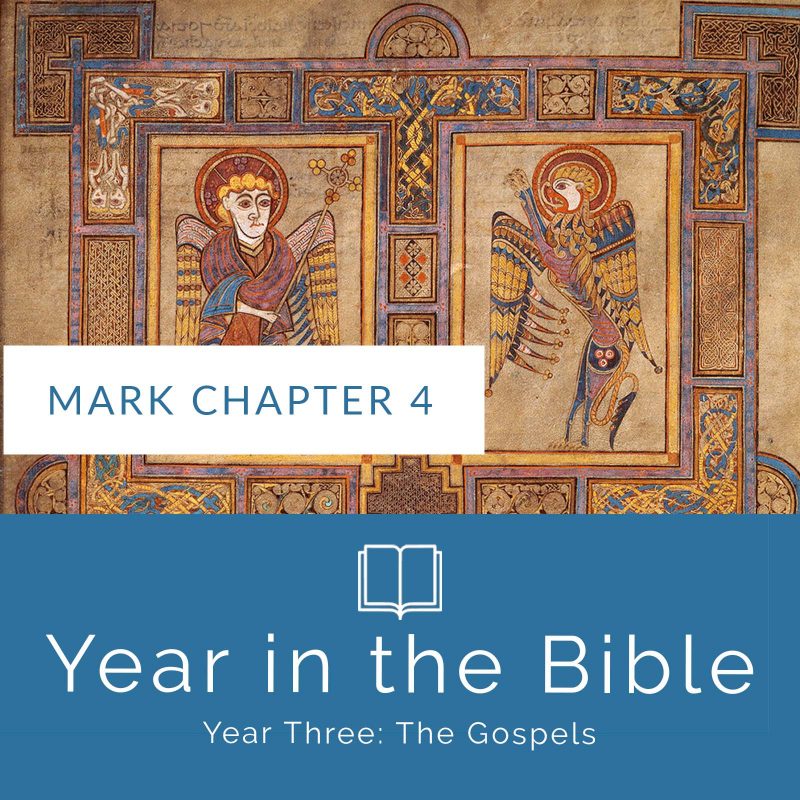 He also said, “The kingdom of God is like someone who spreads seed on the ground. He goes to sleep and gets up, night and day, and the seed sprouts and grows, though he does not know how. By itself the soil produces a crop, first the stalk, then the head, then the full grain in the head. And when the grain is ripe, he sends in the sickle because the harvest has come.”

He also asked, “To what can we compare the kingdom of God, or what parable can we use to present it? It is like a mustard seed that when sown in the ground, even though it is the smallest of all the seeds in the ground— when it is sown, it grows up, becomes the greatest of all garden plants, and grows large branches so that the wild birds can nest in its shade.”

So with many parables like these, he spoke the word to them, as they were able to hear. He did not speak to them without a parable. But privately he explained everything to his own disciples.

On that day, when evening came, Jesus said to his disciples, “Let’s go across to the other side of the lake.” So after leaving the crowd, they took him along, just as he was, in the boat, and other boats were with him. Now a great windstorm developed and the waves were breaking into the boat, so that the boat was nearly swamped. But he was in the stern, sleeping on a cushion. They woke him up and said to him, “Teacher, don’t you care that we are about to die?” So he got up and rebuked the wind, and said to the sea, “Be quiet! Calm down!” Then the wind stopped, and it was dead calm. And he said to them, “Why are you cowardly? Do you still not have faith?” They were overwhelmed by fear and said to one another, “Who then is this? Even the wind and sea obey him!” (Mark 4:26–41 NET)