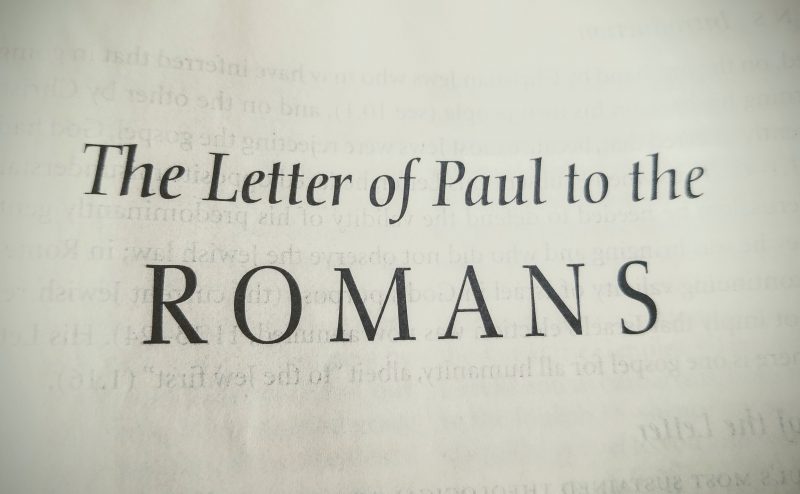 When starting out in chapter 2, read back a few verses into chapter 1 in order to remember what Paul has said. The chapter markings, unfortunately, aren’t natural breaks (they are pretty arbitrary), and, in this case, they break up a rhetorical speech by Paul. It would be like watching a courtroom tv series, and right in the middle of a major argument by one of the lawyers, the show ends until the next episode. That wouldn’t likely happen because it would be difficult to break up such a presentation and follow it.

So, chapter 2 is a continuation fo this case, of sorts, that Paul jumped right into making in chapter 1. In the previous chapter Paul has done a brilliant job of sort of catching his listeners and turning the tables on them. Rhetorically, he started out with what was considered by Jews and Gentile God-fearers to be the pinnacles of rejection of God: idolatry and sexual immorality. It is almost like we can hear the audience of Romans as it is read:

“Yeah, these people rejected the One True God and His Glory for idols, such sinners!…Yeah! These people engaged in sexual immorality, and the worst kind! God just gave them up to their passions. Yes! Preach Paul!”

But then Paul says, “And you know what? Not only did they do these things, but God gave them up to have worthless/debased (Greek adokimos) imaginations (Greek nous). They did forbidden things. They were filled-up with all kinds of things that aren’t right.”

And now the audience is probably really listening, “What, Paul? What further horrible things could these people do?”

“Although they know these are capital crimes according to God, they do them anyway. And not just do them, but give their approval to others who do the same things.”

We can almost hear the audience move from “Yeah, they’re sinners!” to “Uh…oh…well…yeah…ok, I’m on this list.”

And that is where chapter 2 picks up: “So, Man, who are you to judge since you do these same things? Do you think you’ll get away with this? Do you plan on using God’s mercy and grace for yourself, but not giving it to others?”

And remember Paul is addressing conflicts within the Roman Christian communities. Conflicts that by their very nature have elements of items on the list: pride, gossip, meanness, etc. At the end of chapter 1 and beginning of chapter 2, Paul has hit his Roman audience (and us) right where they (and we) are.

Bible Project on the Overview of Romans 1-4

Year in the Gospels Week 03

Year in the Gospels Week 02