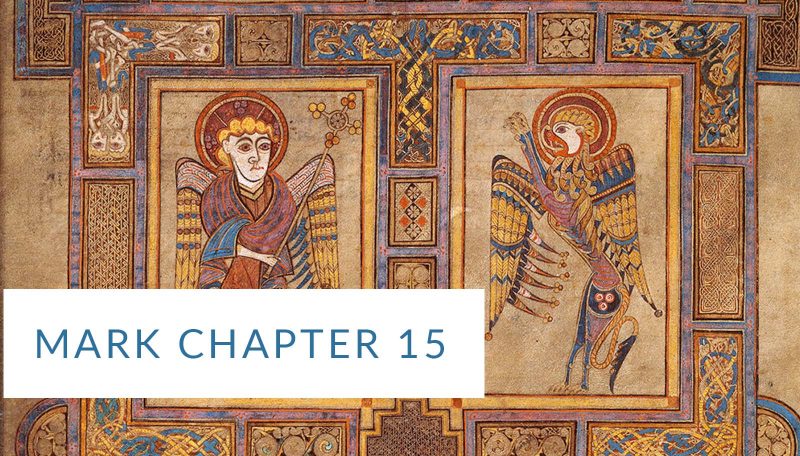 Early in the morning, after forming a plan, the chief priests with the elders and the experts in the law and the whole Sanhedrin tied Jesus up, led him away, and handed him over to Pilate. 2 So Pilate asked him, “Are you the king of the Jews?” He replied, “You say so.” 3 Then the chief priests began to accuse him repeatedly. 4 So Pilate asked him again, “Have you nothing to say? See how many charges they are bringing against you!” 5 But Jesus made no further reply, so that Pilate was amazed.

6 During the feast it was customary to release one prisoner to the people, whomever they requested. 7 A man named Barabbas was imprisoned with rebels who had committed murder during an insurrection. 8 Then the crowd came up and began to ask Pilate to release a prisoner for them, as was his custom. 9 So Pilate asked them, “Do you want me to release the king of the Jews for you?” 10 (For he knew that the chief priests had handed him over because of envy.) 11 But the chief priests stirred up the crowd to have him release Barabbas instead. 12 So Pilate spoke to them again, “Then what do you want me to do with the one you call king of the Jews?” 13 They shouted back, “Crucify him!” 14 Pilate asked them, “Why? What has he done wrong?” But they shouted more insistently, “Crucify him!”

Parallels to This Reading